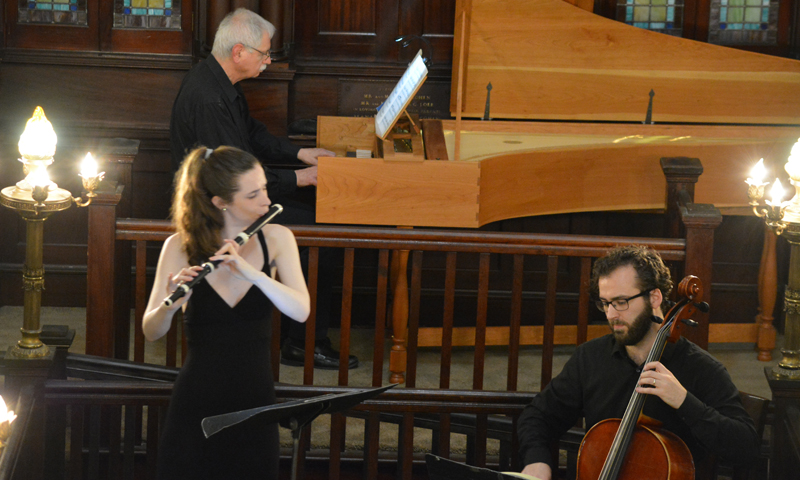 Several years ago while giving classes in Salzburg, Austria, a friend insisted that I attend a performance featuring the most acclaimed actors and actresses in Austria, reciting readings by a Jewish author who shortly before the end of World War II had been killed by the Nazis. It was a moving experience further enhanced by the music. At the close, there was no applause, just silence, the same haunted silence that followed Schindler’s List. It was an unforgettable experience! Inspired by this drama, the Bach Virtuosi Festival will open the 2020 festival on Sunday, August 16. We have partnered with Portland Stage Company for a production entitled, Brotherhood, Sisterhood, that will feature the music of JS Bach.

Our partnerships do not stop there, however. BVF has drawn critical acclaim through the artistry of its vocal soloists and ensembles. Sherezade Panthaki and Jay Carter, in addition to the tremendous choirs that have been compiled, simply raise the metaphorical ceiling. And, it will be done once again in 2020. To close the season on August 23, members of ChoralArt will round out our vocal ensemble, which will include the soloists, to create a 12-person choir who will perform Bach Cantata BWV 80: A Mighty Fortress is Our God.

There is so much to appreciate and, on behalf of everyone at the Bach Virtuosi Festival, we wanted to take a minute to share with our supporters a few developments.

One of our goals is to find ways to give back to the people of Maine. From working with homegrown residents, such as Katelyn Emerson to partnering with organizations, like St. Luke’s Cathedral, Etz Chaim Synagogue, and the Food Pantry at Falmouth Congregational Church, we always ask, “how can we further advance our mission of enriching the community with this exalted music.”

Read about our entire schedule for this summer’s concert series, and since we are increasing the number of concerts to six, a season pass to the festival is an ideal way to save money and share a gift that is guaranteed to be loved.

Check out the full schedule of events.