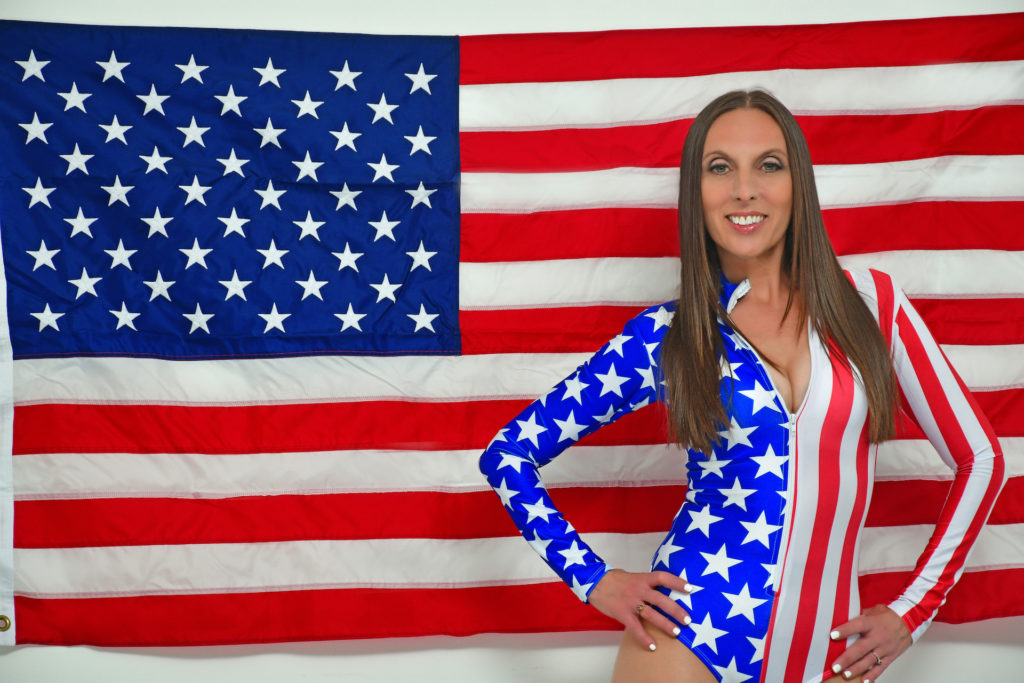 Explore the Old Port’s rich history in this 2-hour 4th of July walking tour with over 50 historic stops including the history of Portland’s most remembered July 4th in 1866 that shocked the country. Private tours available any day of the week upon request at historicworkouts.com. Kids 16 and under are free with a paying adult. Your Tour Guide, Leigh Rush Olson, has a BA in history from C.U.N.Y Brooklyn College and is a Portland History Docent, as well as a Portland native. You’re in good hands!

Leigh Rush Olson, Founder and Tour Guide of Historic Workouts®, is pictured above standing behind the US flag that was approved by US Senator Susan Collins to be flown over the US capital on the 4th of July during the Obama Administration to honor Leigh’s grandfather, Jacob Rush, who served in the American Revolution, as well as her cousin, Dr. Benjamin Rush, signer of the Declaration of Independence. Leigh loves the 4th of July!

Did you know that Portland’s Great Fire of 1866 started on the 4th of July? It was the first Independence Day celebrated after the end of the American Civil War and was America’s biggest fire until the Great Chicago Fire five years later. This tour will discuss how the fire happened, how it spread, and how the people of Portland pulled themselves up by their bootstraps time and time again.

We will also see some of Portland’s beautiful architecture, historical landmarks, monuments, and discuss how prohibition started in the Old Port, to include Portland’s famous “Rum Riot,” as well as discuss so much more Old Port history from 1632 to present!

Moreover, I’ll talk about some of the best places to sample Portland’s amazing craft beer, point out some of my favorite Old Port restaurants, discover the Old Port’s night life, and where to catch the fireworks. Come experience this memorable 4th of July Historic Walking Tour!

Private Tours with group rates are available year-round, any day of the week. Call 646-845-9714 or email leigholson@historicworkouts.com for more information.