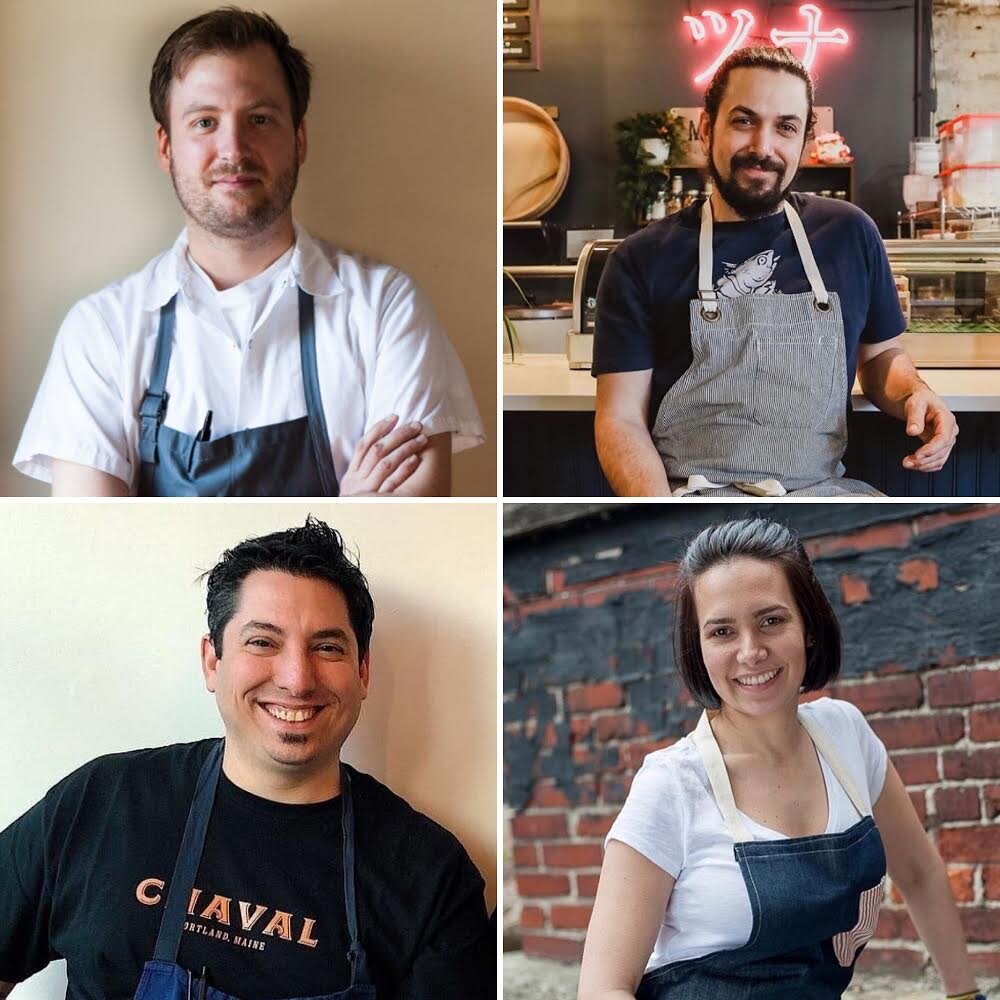 Wait until you see who’s cooking and dining with us for this four-chef, 4-dish, 4-Maine Squash collaborative virtual wine dinner, and the diverse line-up of squash they will be featuring: Chef Jordan Rubin of Mr. Tuna, Chris Gould of Central Provisions and Tipo, and Chefs Damian Sansonetti and Ilma Lopez of Chaval.