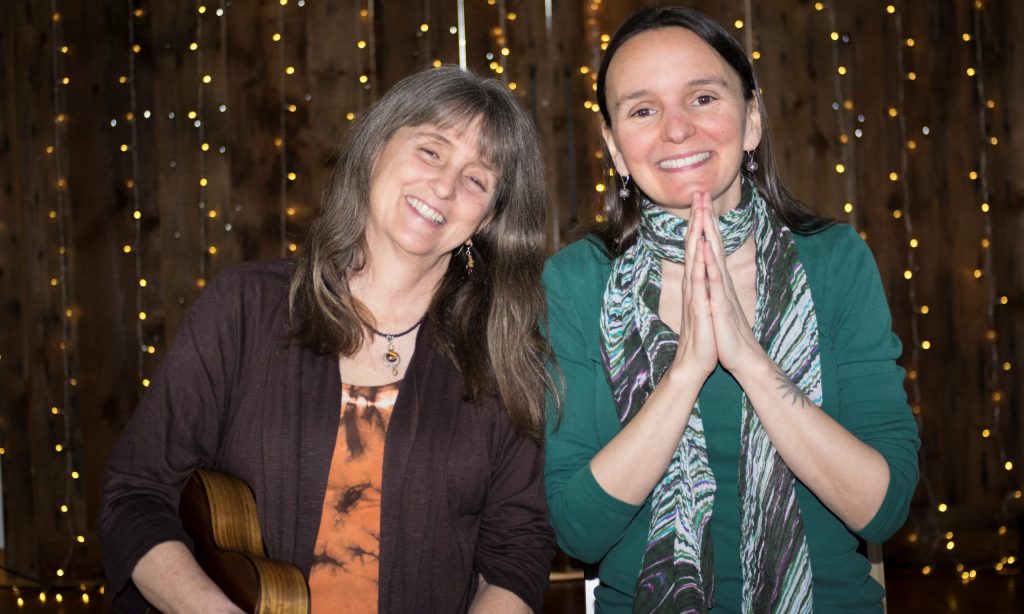 Drawing on their years of friendship and wealth of experience, Leah and Heather are happily reunited as Peaceful Means, inspired anew to create and share new music with audiences eager for an affirmation of humanity’s highest hopes. For both Leah and Heather, making music together has always been and continues to be one of their greatest joys – and joy multiplies when it is shared.

For both Heather and Leah, music has been the common thread in lives filled with diverse experience. After a career performing contemporary music, Leah shifted her focus to performing, writing, and recording her original music and now has 4 CDs in circulation. In recent years she has been primarily using her music to enhance her work of sharing nonviolent consciousness through training events and guiding facilitated experiences.

Heather’s creative path began early in her teenage years, when she was in an original rock band in the early 1990s with Leah. From there, Heather’s musical adventures took her through years of exploring and performing country to jazz to folk, all while working to support her creative life – everything from being a full-time nanny to retail management to children’s librarian! Heather realized her full-time music-making dreams in 2010, and has so far released 14 recordings, 2 songbooks, and several singles of her original music.

The original spark between these two soul-sisters would reignite now and again over the years, in various and brief musical projects that would bring them to venues from New England to Florida to the Rocky Mountains, and to sharing the stage with such world music greats as Baba Olatunji and Paul Winter. That same spark has been kindled by their individual commitment to nonviolent practices and to sharing the creative fruits of that searching.