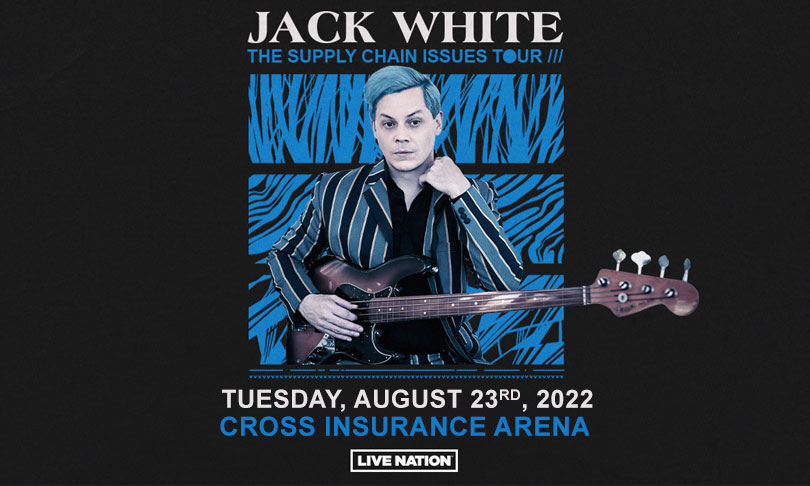 Jack White, founding member of The White Stripes, The Raconteurs, and The Dead Weather, a 12-time GRAMMY® Award-winner and 36-time nominee, and Third Man Records founder, is set to release his fourth and fifth solo studio albums in 2022.

FEAR OF THE DAWN (Third Man Records), featuring his latest single “Taking Me Back,” will be released on April 8th, 2022 and ENTERING HEAVEN ALIVE (Third Man Records) will follow on July 22, 2022. In addition to writing global anthems such as The White Stripes’ “Seven Nation Army” and The Raconteurs’ “Steady, As She Goes,” all three of White’s acclaimed previously released solo albums – 2012’s RIAA gold certified solo debut, BLUNDERBUSS, 2014’s LAZARETTO, and 2018’s BOARDING HOUSE REACH – debuted at #1 on the SoundScan/Billboard 200 along with a variety of other charts. Among his myriad of international honors, White’s long run of career GRAMMY® awards and nominations saw BLUNDERBUSS earning five nods over two years, including “Album of the Year,” “Best Rock Album,” “Best Rock Song” (for “Freedom At 21”), “Best Rock Performance,” and “Best Music Video” (the latter two honoring the single, “I’m Shakin”). “The spirit of freaky free-play is thrilling and refreshing, a worthy end unto itself,” wrote Rolling Stone. “Like nearly all of White’s work, it manages to feel fresh, original, and still deeply rooted in history.” In 2020, White released The White Stripes Greatest Hits (Third Man Records/Legacy) and, more recently, unveiled jackwhiteartanddesign.com, as well as opened the doors to Third Man Records London – the third Third Man Records location and first internationally.

PHONE FREE EXPERIENCE PLEASE NOTE: this is a PHONE-FREE show. No photos, video or audio recording devices allowed. We think you’ll enjoy looking up from your gadgets for a little while and experience music and our shared love of it IN PERSON. Upon arrival at the venue, all phones and other photo or video-capturing gizmos will be secured in a Yondr pouch that will be unlocked at the end of the show. You keep your pouch-secured phone on you during the show and, if needed, can unlock your phone at any time in a designated Phone Zone located in the lobby or concourse.

Purchase tickets online through Ticketmaster, by calling the box office (207-775-3458) or by visiting the Trusted Choice Box Office in person (M-F 9AM-4PM). Hours vary during holidays and events.